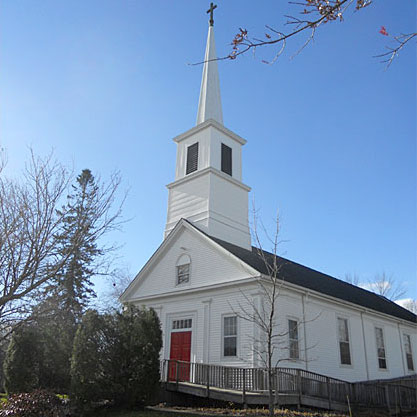 In 1952, St. Dunstan’s was welcomed officially by The Diocese of Maine as a mission. The land on State Street where our parish presently stands, was purchased in 1955 and construction began two years later.

Worship services were first offered in our new building in 1958.

1964 was an important year for us as a full time Vicar was assigned to St. Dunstan’s by the Bishop of Maine. With clergy now in residence, our parish began to grow. The church was consecrated in 1965 and accepted by the 1970 Diocesan Convention as a full parish. We substantially renovated our building in 2001 to make it as handicapped accessible as possible.

Like many rural Maine churches, our congregation has shrunk somewhat in size in recent years – but not in enthusiasm, fellowship or commitment to ministry. As of 2010 we have had a part-time priest and an active lay leadership team.

The City of Ellsworth